Vibration and noise spectra from miniature planetary transmissions commonly exhibit components at distinct frequencies around the gear mesh (tooth passing) frequency and its higher harmonics, called modulation sidebands. They constitute a significant portion of the vibration and noise generated by the transmission. Sidebands have influence on noise quality measures as well as having great potential to provide valuable clues regarding gear tooth combinations, phasing of planets, manufacturing errors like eccentricity, run out present in the gear set, planet pin position error, etc. First critical step in designing and controlling the sideband activity of a planetary transmission is to develop a compressive approach to analyze modulation sidebands as well as describing the mechanisms causing sidebands. The paper describes the investigation of side bands, correlation with test results and solution to minimize the noise.

Today, motion solutions through miniature motor and gearbox are used in several applications like medical, industrial, robotics, aerospace, etc. Most of these applications use planetary gearboxes because of its high power-density ratio but increases the complexity in the system and may contributes the problems like noise. Some of the noise related issues arises because of the presence of side bands. Since these products are used by humans during their working environment, the critical aspects of noise and vibration needs to be addressed. Asymmetric sidebands are frequently observed in the planetary giving noise problems and are different from typical sidebands that are symmetrical around the gear mesh order (or mesh frequency). The asymmetric sidebands are found to be caused by phase differences between the different mesh points. The sideband’s locations can be calculated with knowledge of the gear set parameters. The positions of the meshing gears affect the gear noise in various ways. One of them is to generate sidebands (caused by the modulation) around the meshing frequencies or mesh orders, whenever the gear sets have run out, pitch errors, planet pin position error and/or imbalance [1,2].

There are three types of modulations: amplitude modulation (AM) frequency modulation (FM) or phase modulation (PM). Randall described AM and FM in gear noise measurement [3]. AM creates two symmetrical sidebands around the mesh order.

In current paper an experimental approach to solve planetary side band noise is presented through NVH measurement as well as tear down analysis techniques. The paper highlights the Best of Best (BOB) and Worst of Worst (WOW) approach to compare 5 Best and 5 Worst samples by doing noise and vibration measurement. The noise and vibration signature highlight the presence of side band noise in WOW samples which are then taken forward for tear down analysis to identify the root cause of the side band noise.

NVH measurement of 5 BOB and 5 WOW samples was carried out at set voltage of 3 V with speed around 9500 rpm under no load condition using following setup parameters:-

The gearbox power input is from sun gear of 1st stage and power output are taken from 2nd stage of planet carrier which acts as output shaft. Ring gear is fixed in both stages of planetary. The NVH measurement is carried out to cover 5th Harmonic of gear mesh which comes around 10 kHz. The speed details of all samples used in testing are provided below in Table 1 and Figure 2 to Figure 5.

Out of these samples, 1 from BOB and 1 from WOW samples which are having higher noise amplitude were selected for further analysis to identify the sources of noise and vibration as shown in Figure 6. 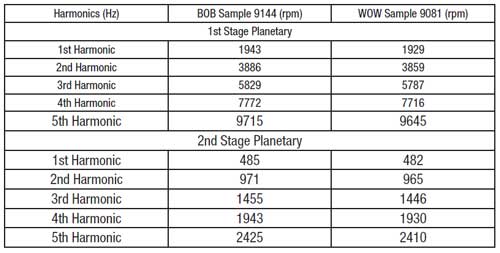 Higher noise levels are observed for 1st, 2nd and 4th harmonics of 1st stage planetary gears. The 2nd stage planetary is having lower noise levels and have less contribution to noise. 4th Harmonic which is gear mesh order of 1st stage shows higher amplitude along with other multiple noise peaks which are caused by side band. Side bands are also observed in BOB, but WOW sample is having higher amplitudes. Mesh order as well as side band order contribute the noise and differentiates the good and bad samples as shown in Figure 7.

Higher noise levels at mesh orders are mainly because of higher transmission error caused by poor gear design, radial and axial clearances in gears, elastic tooth deflections, intentional gear micro geometry modification which are not optimum, misalignments, etc. Reasons of side band are contributed mainly to manufacturing but some are related to gear design also.

It was found that the 4th harmonic of the planetary fundamental gear mesh frequency is the best indicator of a problem when it is 4 planet system and exhibits the best side bands. In the spectrum results around 4th gear mesh harmonic and beyond that the side band orders clearly seen dominating. The side bands are separated by frequency of 150 Hz approximately.

The terminologies used in calculating the frequencies is listed here

Defects are sidebands of the gear mesh frequency and the mesh harmonics. These sideband frequencies can also be separate frequencies and have harmonics. They are easily seen with noise and vibration spectrums if gear problems are present. Generally major problems are occurred because of the defect in position error of planet pin and runout and derived from the ring gear defects when carrier is rotating as shown below. 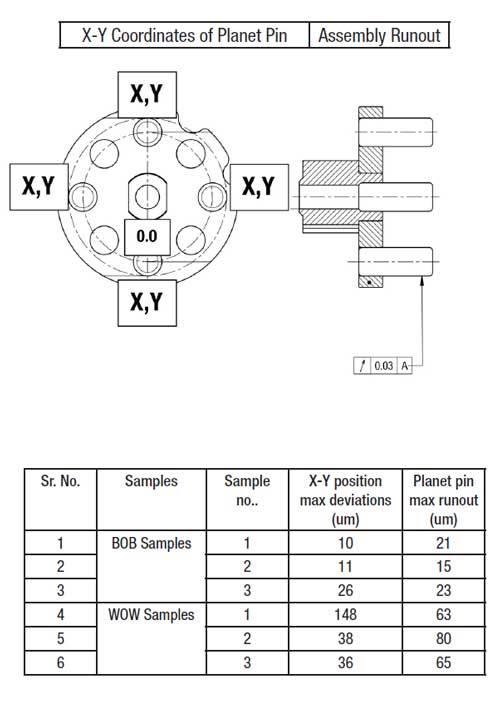 The design target is to have planet pin position tolerance of +/- 20 um while max assembly runout of planet pin is 30 um. Based on the inspection results it showed that BOB samples meets the design intent closely while WOW samples are deviating with huge margin.

The manufacturing deviation resulted in higher noise levels of WOW samples around 8000 Hz as compared to BOB samples. The primary reason to have this is higher gear mesh order and side band amplitudes which has major impact on noise levels and noise quality. The dominant gear mesh frequency of 4th Harmonic and its side bands contributed major portion of noise spectrum around 8000 Hz. The source of modulation of generation of side band is the increased planet pin position error and assembly runout.

The experimental noise and vibration measurement and detail analysis of gear mesh and side band frequencies confirmed that the side bands are present in current manufactured WOW samples. 4th harmonic gear mesh and side band mesh frequencies has dominated the noise spectrum and are the primary reasons of higher noise levels. The root cause of generation of side bands is confirmed through tear down analysis by assessing manufacturing variations where planet pin position error and assembly runout were found deviating from design intent in WOW samples.

The correlation achieved gives the indication of the validity of approach to analyze gear mesh and side band frequencies for reducing the noise problems in the transmission. The source of modulation in current model was planet pin position error and assembly runout in the system which can be minimized by reducing the manufacturing variations and tighter tolerances.

Experimental approach to identify the issues of side band of planetary system produced useful insight to solve noise problems. The teardown analysis can be used as an important tool for identifying the manufacturing concerns in the planetary system with noise perspective. Both symmetric and asymmetric sidebands can be eliminated, or amplitudes can be reduced by removing the causes of modulation, such as planet pin position error, run out, imbalance and/or pitch errors. Unlike a single mesh gear pair where removing sidebands does not affect the noise at mesh order; in a planetary gear set, eliminating the sidebands can greatly reduce the noise if the gear set is designed de-phased or counter phased. The use of the planetary system is becoming very common and can be found in most of the applications like medical, industrial, robotics and aerospace many other different segments where miniature motor and gearbox are used.

Based on experimental and tear down approach it confirmed that noise problems can be analyzed effectively but for this we need to manufacture multiple samples, test it for noise and vibration perspective and the manufacturing variations needs to be assessed. Future scope covers an analytical approach to solve NVH problems. This work is already started for preparation of mathematical / analytical model to analysis the gear mesh and side band frequencies and predict the noise related problems which can be addressed in early in design process by focusing on Right First Time Design. 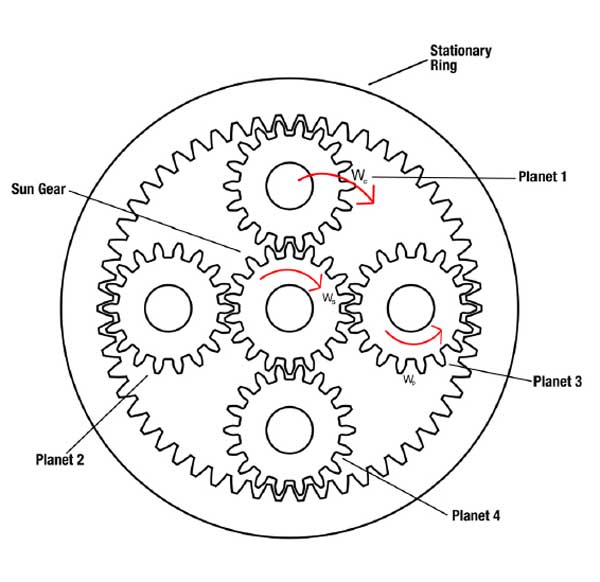 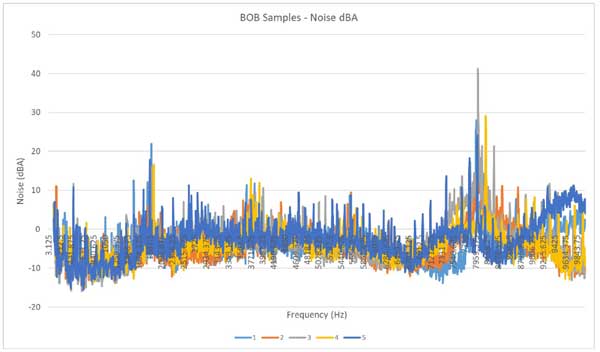 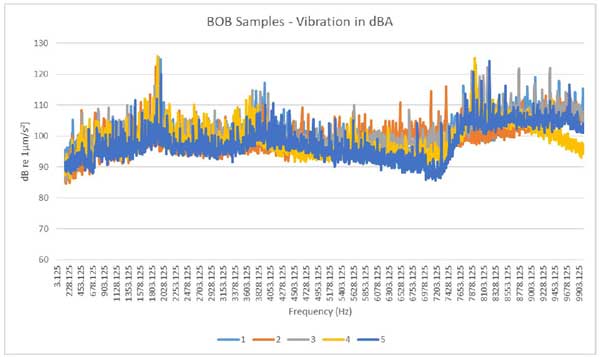 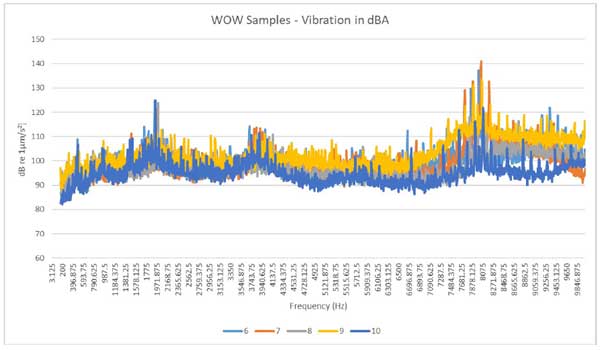 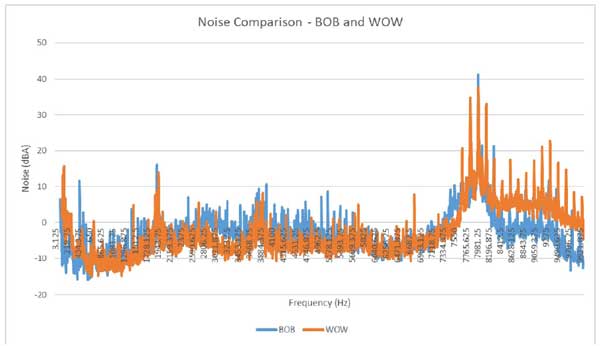