Stall torque is the torque available from a motor whose output rotational speed is zero. Motors in a stalled condition may be prone to overheating and possible damage if the current flowing under these conditions becomes higher than the maximum continuous rating. The purpose of this document is to explain which parameters contribute to the tolerance and variation of the stall torque value of a brushless DC motor.

HOW TO CALCULATE THE STALL TORQUE

Stall torque of a brushless DC motor is denoted by: 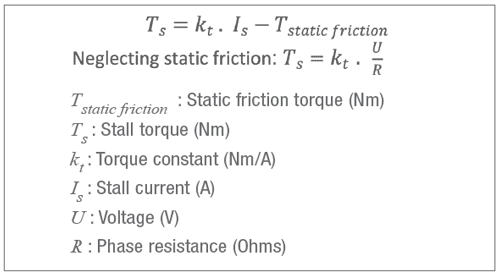 Part of the losses in a brushless DC motor is due to the friction of the bearings (Tstatic friction) – typically ball bearings. The friction is linked to the bearing size, the preload force, the actual loading of the bearing, sealing if any, and to the type / quantity of the lubricant. In this white paper we will neglect the static friction assuming that the stall torque is much higher, but it might not necessarily be true for all cases, when considering the stall condition.

WHAT IS CONTRIBUTING TO OUR STANDARD TOLERANCE?

Let us now understand the factors contributing to the tolerance of stall torque, based on the above equation.

Torque Constant Value: ±10%
The torque constant kt has a typical tolerance of ±10%. This is caused by variation of the magnetic strength of the permanent magnet, i.e. variation of the magnet remanence. Remanence is a physical property of magnetic material, which is the amount of magnetization remaining in zero field after a large magnetic field is applied. The tolerance of this value depends on the manufacturing processes capability of the supplier, generally around ±2.5%.

The last part of the tolerance (±7.5%) is mainly due to phase setting, with mechanical tolerances having a lower impact. The phase setting tolerance could be reduced through more automated processes. Another solution could be to de-magnetize the motor precisely which would ensure tighter tolerance of the torque constant value in the range of few %. However, this would slightly lower the performance of the motor.

Resistance of the Coil: ±8%
Phase resistance of the motor (ohms) also affects the standard tolerance, based on the same equation (1), and is usually given by ± 8%. This is due to the variation in the length of the wire while winding it. This is inherent to the manufacturing process.

As input voltage U is a constant, on differentiating the above equation, we get: 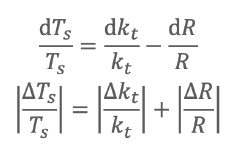 The absolute uncertainty on stall torque value is thus 18%.

Let us now study the behavior of Portescap’s 16ECP52- 8B-112 brushless DC motor. Considering the torque constant and resistance value at the limit of their tolerances (table 1), we get an output speed as shown in Figure 1.

WHAT IS INFLUENCING THE STALL TORQUE VALUE?

Additionally, you will need a controller to drive the motor. Depending on the type of controller, it will directly impact the way you energize the motor phases and hence it will impact the performances of the motor at stall condition.

Let us consider the thermal impact first, namely the influence of the temperature. 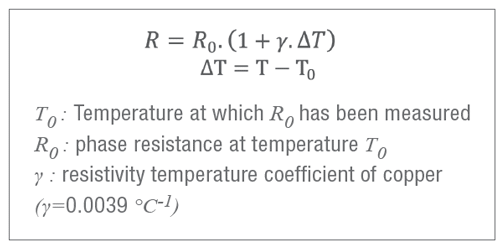 The resistance temperature is thus directly proportional to coil temperature with a linear increase of 0.39 %/ °C.

Conventional control method using hall sensors (6-step drivers)
Let’s consider a typical brushless DC motor with 3 phases and one pole pair, which is the easiest case to understand. Such brushless DC motors can be equipped with 3 hall sensors shifted by 120 electrical degrees, in order to sense the rotor position.

The 3 digital hall sensors will generate high output or low output signals depending on the direction of the rotor flux, therefore it will generate a 6-step logical commutation table over 360° electrical degrees, which is equal to one motor rotation for a 1 pole pair motor. Then, the driver will energize the right phases to keep the angle between the stator flux and the rotor flux close to 90°, so that it maximizes the torque generated. See Figure 2 below - the typical shape of phase current vs. logical state of the 3 hall sensors.

Since it is a discreet 6-step commutation, the torque generated will not be constant and it will be subject to ripple. See Figure 3 below which shows the shape of the BEMF vs. 360° and the derived shape of the BEMF. The output torque of the motor would have the exact same shape.

In figure 3 the torque is shown as a black curve and varies between a minimum and maximum value. The torque is minimum when the commutation occurs at 0°, 60°, etc. It is maximum in between two commutations (30°, 90°, etc.). The variation of the torque is equal to 13.4% of the maximum torque available.

Take the example of an electric gripper application, where the jaws will grip and hold an object. In this case, the motor will run the mechanical system and will reach stall conditions when the object is gripped. At this moment, the resistance torque will be equal to the motor torque. When gripping the object, the load torque reflected on the motor shaft can be assimilated to a spring having a certain rigidity. It is represented by the slope curve in red, whereas the motor torque has a typical ripple shape and is represented in blue in figure 4. The intersection between these two curves, highlighted by the red dot in figure 4, represents the equilibrium position at which the motor will hold. It can be seen that the actual stall torque of the motor will be within the 13.4% tolerance range of the torque ripple.

Field Oriented Control
This driving method will apply sinusoidal current in each of the three phases, as shown in Figure 5.

The advantage of this method is that the resulting torque will be constant no matter what the rotor position is. This means smooth operation of the motor, especially at low speed (close to stall condition).

Also, the motor will feature slightly higher torque, up to 5% more vs. RMS torque compared with 6-step driver operation. Taking the same example of an electric gripper application, in this case the gripping torque will be the same no matter the rotor position, thus providing consistent gripping force.

It is represented graphically in figure 6 by the intersection between the motor torque (horizontal line in blue) with the load torque (slope curve in red).

The tolerance on the electrical parameters of a BLDC motor has a significant impact on the calculation of the stall torque value. It can go up to ±18% combining the tolerances on the torque constant value (magnet, phase setting) and the resistance value (manufacturing).

Other factors, like temperature variations, which can be either linked to the application itself or the heating of the motor itself, will also impact significantly the electrical parameters of the motor.

Variations due to tolerance and thermal perturbations are inherent to the real world, and design engineers need to consider these when selecting the right brushless DC motor for their application.

Selection of the driver is also a key factor to take into consideration, as the drive technology itself will impact the stall performance, as we noted in the previous example of a gripper application. 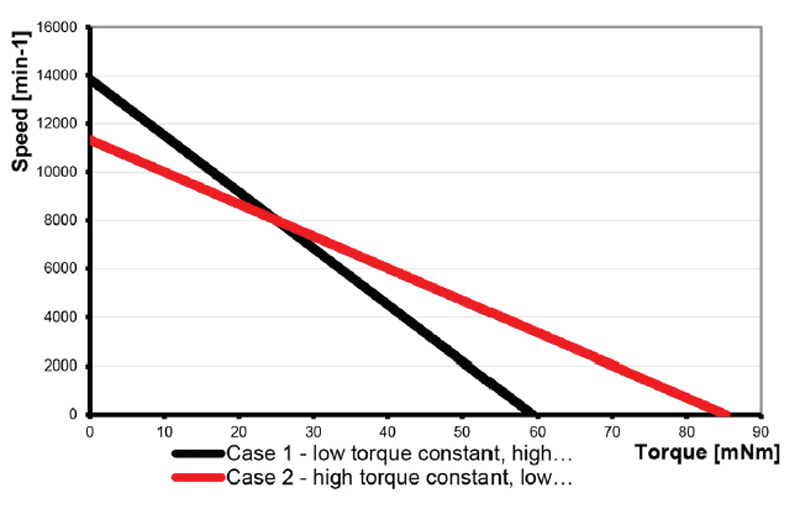 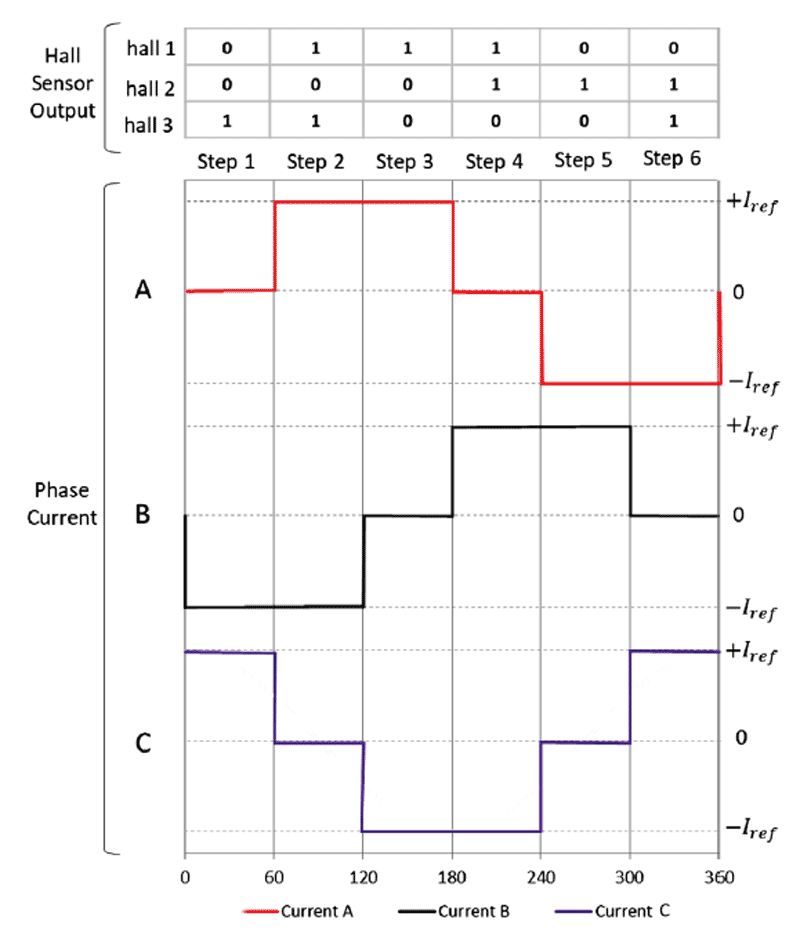 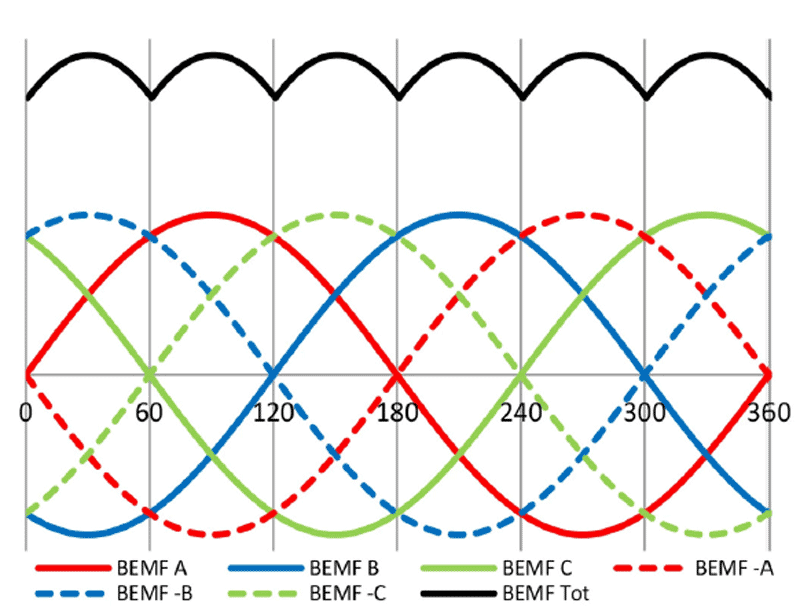 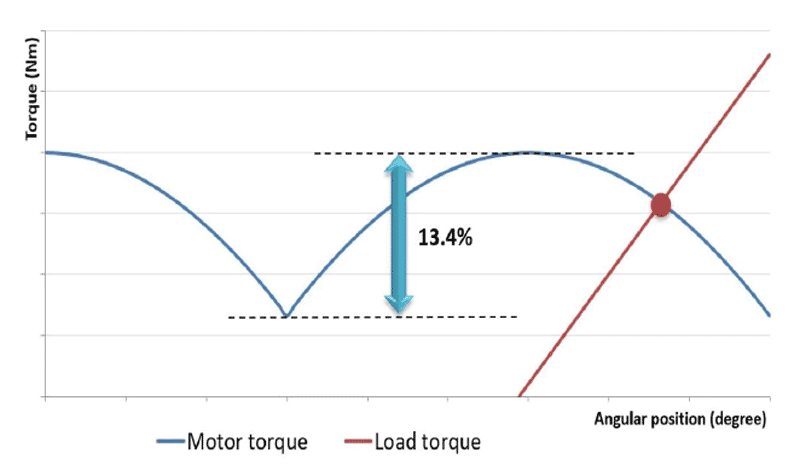 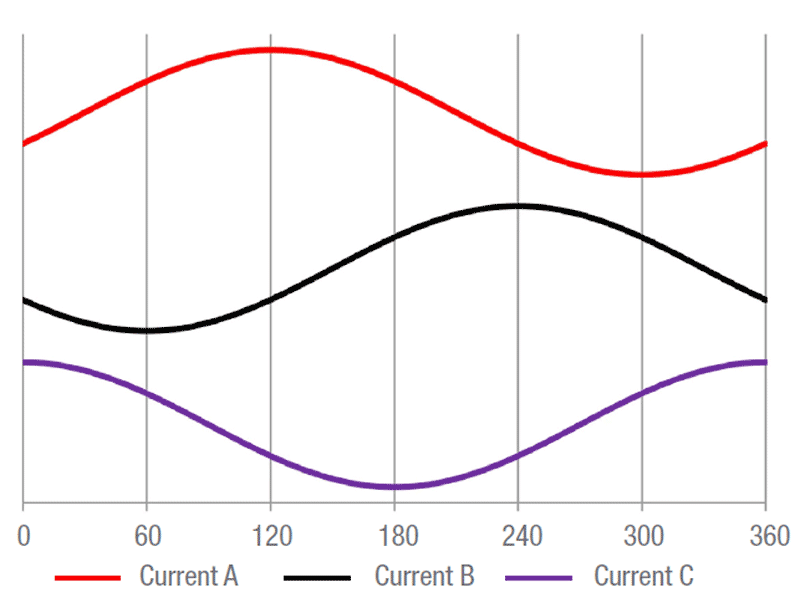 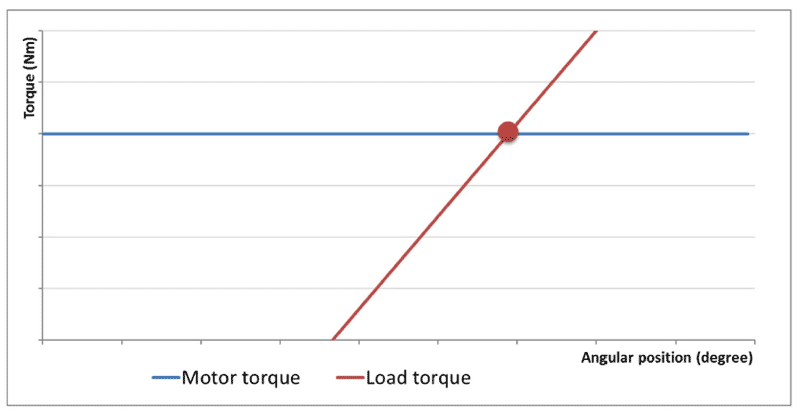