For powered reusable surgical tools, reliability is paramount. Due to the presence of electronic components and materials susceptible to corrosion, moisture is often a cause of premature failure, particularly for electric motors. Designers need to consider how to mitigate the effects of moisture—from saline, steam sterilization, or other contaminant sources—by preventing ingress where possible, selecting robust components, and isolating the most sensitive components.

Powered surgical tools are increasingly sophisticated devices involving an array of sensors and other electronic components for feedback and control. These advances can lead to reduced time in the operating room and improved patient outcomes. With this increased sophistication comes increased cost. The solution for device OEMs is to design the tool to withstand several years of surgical cases, cleaning, and sterilization. The longer a tool remains in the field without failure, the lower the average cost per surgery, and the easier it is to justify increasing the complexity of the device.

A possible root cause for all the above-mentioned failure points is moisture ingress, often through the distal end of the tool. A common prevention is a dynamic seal between the handpiece chassis and the shaft of the motor. The design of a dynamic seal provides a sharp seal lip that is held against the shaft. The seal is a specialty polymer lend designed for temperature and wear resistance, with a spring internal to the seal that presses the lip against the shaft. The seal assembly includes a mechanism to prevent rotation of the seal, e.g. a stainless-steel locking feature, o-ring, or axially compressed flanged section. The designer must consider the other components of the assembly, namely the housing to which the seal is fitted, and the motor shaft. Runout and surface finish must be tightly controlled to ensure a tight and lasting seal. While a shaft seal can prevent moisture ingress at the shaft they are not without drawbacks. Eventually, the seal lip and the shaft surface will wear, so to achieve long life the designer should plan for moisture to ultimately get past the seal. In addition, seals create friction and increase the running temperature of the tool.

The distal end of the tool is not the only possible entry point to the motor for moisture. Mating points on the motor housing—such as between a motor and gearhead—are also susceptible. A seal against moisture ingress at such points can be obtained via a hermetic laser weld, sealed threads, or o-rings. Another possible entry point is at the electrical connections to the motor—this can be mitigated in various ways (discussed in later sections). To create a reliable design that is robust to moisture and liquids, it is highly recommended that the tool designer work closely with the motor designer.

Various mechanical failures can be caused by lubrication washout. Lubrication is used to prevent both corrosion and metal-to-metal contact between components such as gear flanks and bearing elements. Appropriate lubrication should have a maximum listed operating temperature well above sterilization temperature, low water washout (per ASTM D1264 or similar) and favorable corrosion testing (per ASTM D5969 or similar).

Electrical failure occurs when the printed circuit board, hall sensors, or relevant electrical connections fail—the root cause is often moisture. Potting, transfer molding, and conformal coatings are available options to protect components by encapsulating electronics in a moisture resistant material.

Transfer molding is similar to potting, but the encapsulating materials may be a preheated solid. Components (with or without a housing) are loaded into a heated mold cavity and the encapsulating material is pressed into the mold to fill. The heated mold ensures that the flow remains liquid for complete filling. Once filled, the molded parts are cooled for thermoset curing. In addition to providing moisture resistance, both potting and transfer molding are good choices when the device is sensitive to temperature, or when vibration / impact resistance is required. They also provide strain relief for exposed wires.

Wires that lead into the potted or transfer molded assembly can create a leak path. Many wire jacket materials, especially PTFE, do not bond well with mold material. One solution is to etch jackets to improve adhesion. Etching is a chemical reaction that strips the fluorine from the carbon of the PTFE backbone and promotes its replacement with the organic species responsible for adhesion. The etched surface is sensitive to humidity and UV light—it should be stored appropriately and used quickly. A better solution in some cases may be to avoid the wire pathway altogether by replacing them with terminal pins—these bond well, can extend beyond the potting or mold material, and are designed to plug directly into a mating connector.

Conformal coating, such as Parylene, is applied as a vaporized gas and is the thinnest moisture-resistant coating available. It is virtually free of pinholes and voids. Drawbacks include a lack of vibration / impact resistance, lack of strain relief for wires, and susceptibility to damage during assembly.

Failure of the magnetic circuit can be caused by exposure of the motor winding and permanent magnets to high temperature and moisture. Magnet wire with high temperature and heavy build insulation should be used. The formed coils should be molded or potted similarly to the printed circuit board. Permanent magnets can corrode or de-magnetize due to temperature and moisture. Sintered NdFeB magnets must be SH or UH grade and electroplated or epoxy coated. SmCo magnets can also be used to avoid corrosion and de-magnetization problems.

Powered surgical hand tools are increasingly sophisticated devices, and the electric motors at the heart of these tools are susceptible to various failure modes due to the presence of moisture during surgeries and sterilizing tools for re-use. In recent years, motor designers have drastically improved the ability to withstand moisture that will eventually make its way to the motor. To maximize the reliability of the device against moisture, the tool and the motor should be designed in collaboration. Portescap, a market leader, has been collaborating with surgical device OEMs for decades to design custom solutions for their specific applications. Its autoclavable motor solutions have industry-leading performance, often reported to last through thousands of reprocessing/sterilization cycles and have been used in tens of millions of surgeries worldwide. 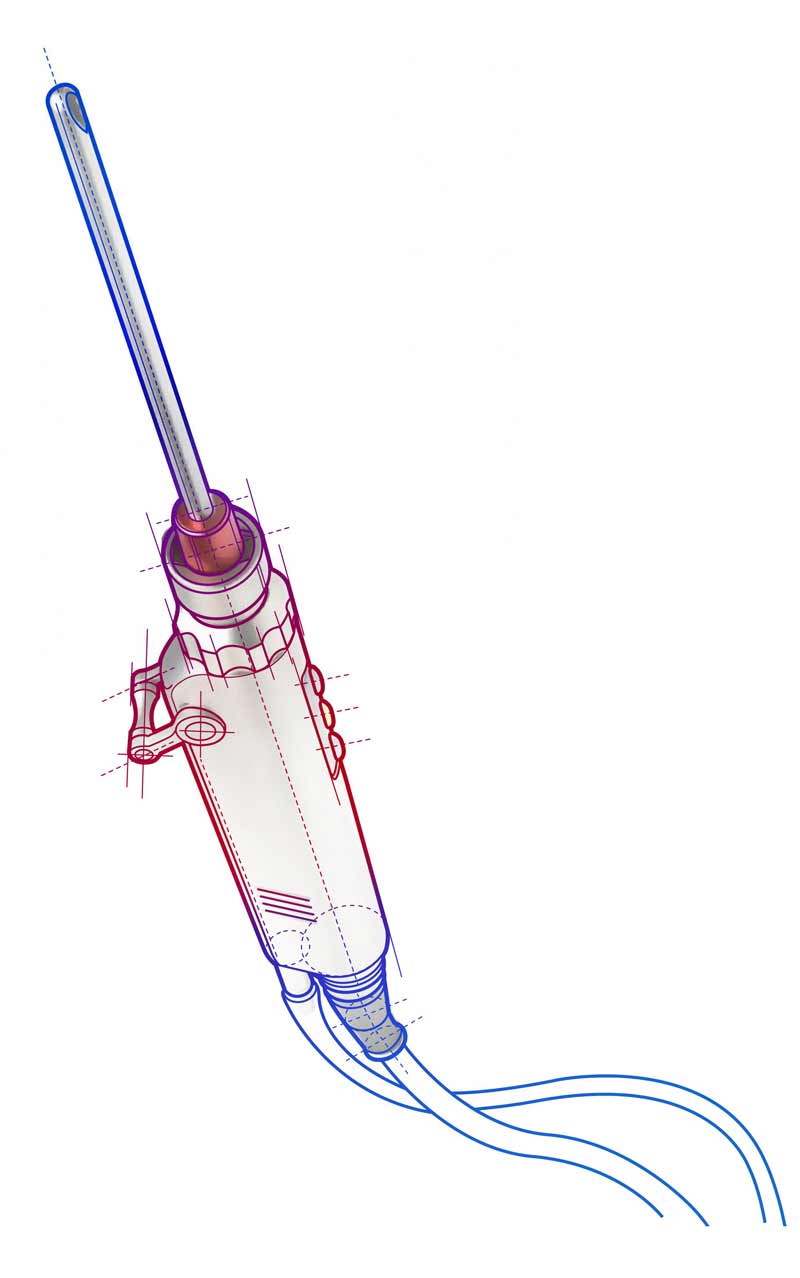 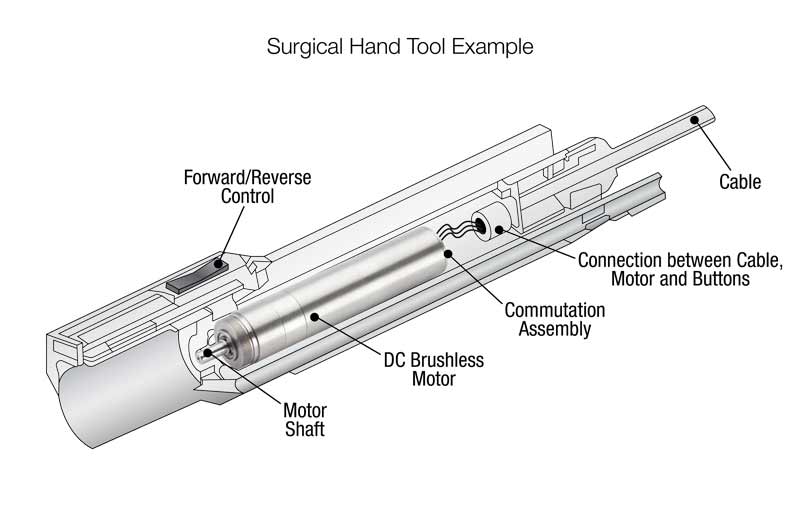 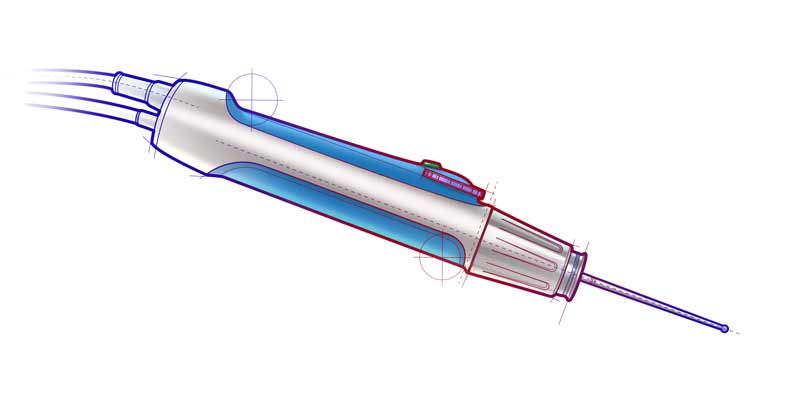 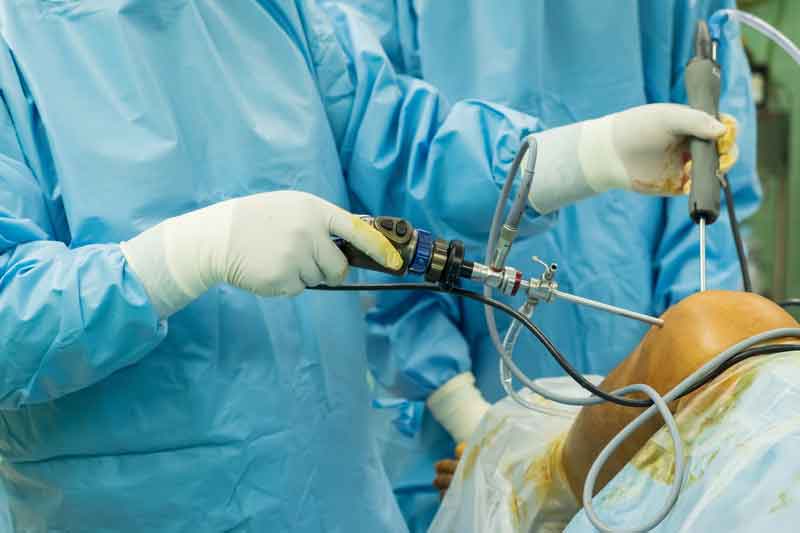