Temperature sensor imbedded in the motor

For several motors, an imbedded thermal sensor – NTC10k – is available. It can be a SMD component assembled on the PCB (22ECS or 22ECT), or a glass encapsulated element directly glued on the coil (30ECT or 35ECS). The operation is similar for both components, but they have different characteristics, the relationship resistance vs. temperature is different even if the nominal resistance is similar for the 2 sensors.

Thermal limitation and its measurement

Since the thermistor is a resistive element, current excitation is required. There are many possibilities to integrate an NTC into an electronic circuit to measure the temperature. The following schematics and explanation are primarily derived from an application note (AN685) released by Microship Technology Inc. Please refer to this document for a deeper analysis.

Another option is to use the NTC resistor in parallel with a reference resistor (Figure B), which creates a composite resistor element. In this case as well, the resistance should be equal to magnitude of the thermistor at the midpoint of the temperature range.

A third circuit consists in a Wheatstone bridge with an NTC thermistor used as one bridge leg (Figure C). With the bridge being balanced, any change in temperature will cause a resistance change in the thermistor and a current will flow through the amperemeter.

Depending of the driver or controller used, it’s also possible to proceed to linearization using software with an empirical third order polynomial or a look up table.

The typical motor pin out is:

The black/white or white/white cables are the two extremities of the thermal sensor. For all RTD’s, as for the resistances, both wires can be crossed in the connection without any effect.

Connecting the thermal sensor is not mandatory to run the motor, it depends whether the controller has the capability to accept the temperature sensor output.

Following are the relationship curves for the two thermal sensors along with the conversion tables: 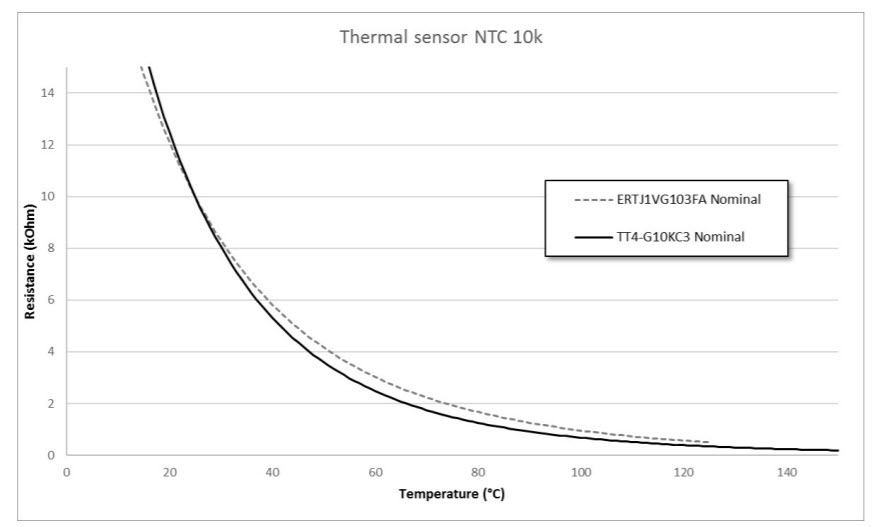 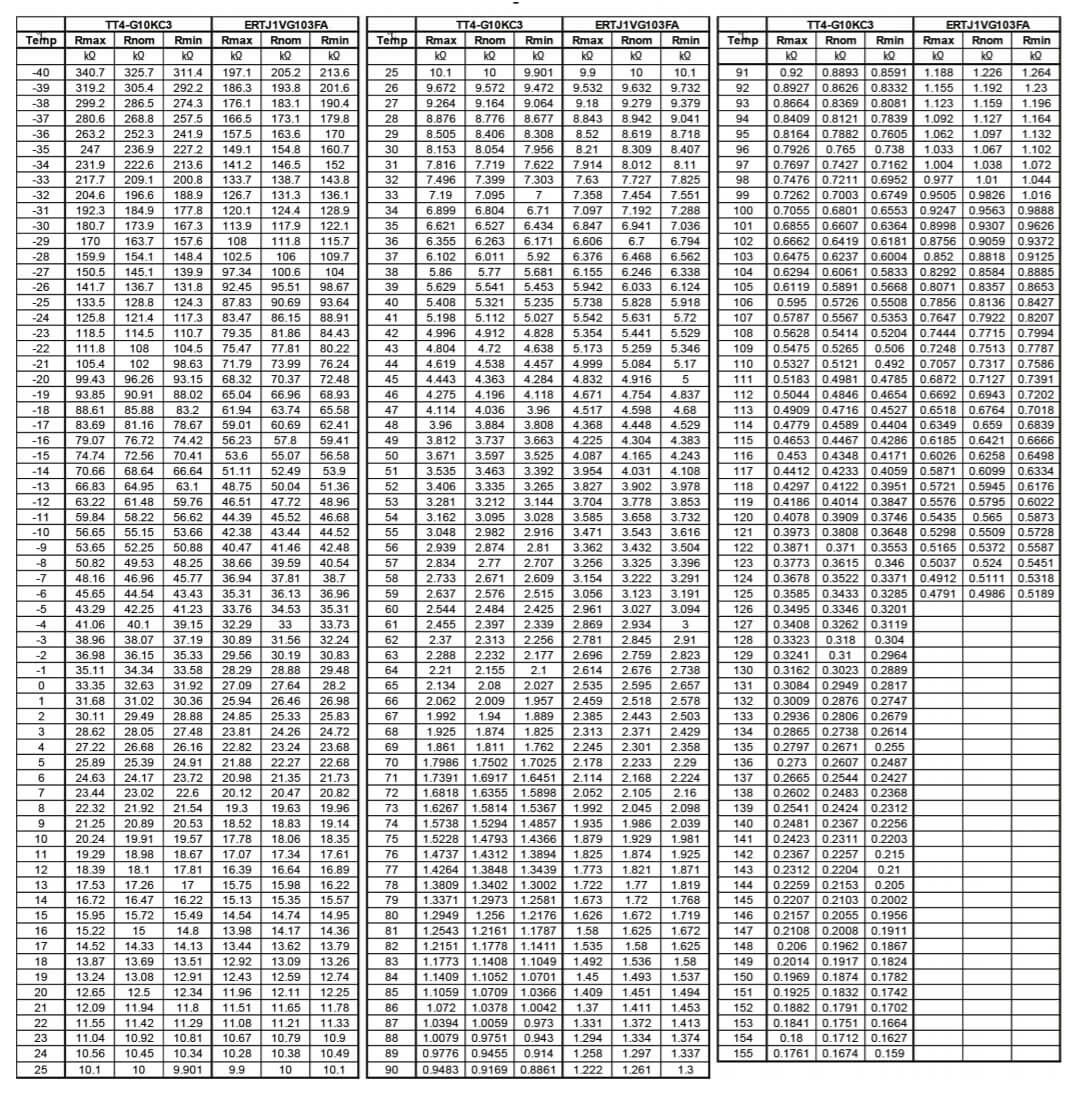 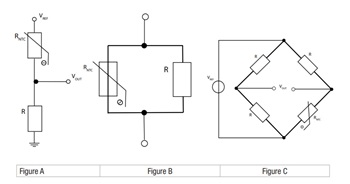